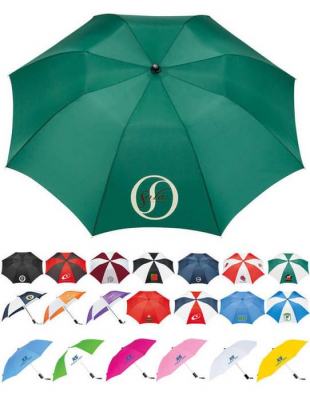 Superstitions are one of the main causes which diminish the strength of the human mind. These kinds of unscientific customs have been to exist for thousands of years. They inject fear into the people's mind and force them to follow a certain dogma. These types of superstitions give rise to the feelings of helplessness and insecurity.

Though there are many studies which justify that these notions don't have any kind of authenticated proof and they are not linked to any religious or spiritual beliefs. There are certain superstitions whose roots are firmly grounded in the rituals of ancient times. One such belief is related to the opening of an umbrella indoors brings bad luck.

Umbrellas are used by humans since the ancient Egyptian culture. At that time the umbrellas were made of peacock feathers and papyrus which is used to protect them from the sunlight. These type of umbrellas were a symbol of their goddess. In the ancient Egyptian tradition, it was believed by the people that their goddess Nut or Nuit wrapped the sky into the shape of an umbrella. As these umbrellas were holy for them, so it was only used by some of the privileged dignities of the society. Since the Egyptian civilization used to have a belief that if the shadow of the umbrella fells upon a person who is not noble then he/she has to face the curse of Sun God. This same concept is also applied to the indoors as well. There is also another superstition which is associated with it and that is the opening of the umbrella in the sun will make the Sun God angry.

Further, another scenario which is associated with this superstition is when modern umbrellas were invented first in the starting of the 18th century in London. At that time the umbrellas weren't automatic as they are today. They were manufactured using the hard metal spring triggers as well as spokes plus they were bigger as compared to the umbrellas which belong to the 21st century. Hence it was dangerous to open these kinds of umbrellas in the indoors. Generally, opening these umbrellas inside the house can cause severe damage to household items.

Therefore, it became mandatory to warn people from opening these umbrellas indoors for the safety of their property which has soon taken the face of superstition and people started calling it as a bit of bad luck. It is noticed that the superstitions have more effect on the people than warnings therefore it was projected as a stroke of bad luck by the society of Britain and also all over the world.

While there are still some groups of people present who condemns this idea and believes that there is no harm in opening an umbrella indoors. On the other hand, some people are convinced about the fact that having a black coloured umbrella brings lots of bad luck.

Come out of old superstitions

It is essential for an individual as well as society to break free from the old superstitions. Because these old notions don't allow us to move forward in life. There are numerous old beliefs which need to be broken so that the society can develop a futuristic thought process. Umbrellas are very essential for everyone in day-to-day life. They save us from the heavy rainfall during the monsoon season, and in summer they protect us from the harmful radiation of the sun.

Therefore, when you decide to buy an umbrella make sure that it is of excellent quality, just like these custom umbrellas. They are available in a wide range of variety in shapes, sizes and colours. One of the major advantages of these custom umbrellas is that they can be easily used for marketing a product or a service. There are several organizations who gift these customised umbrellas in their trade shows to the targeted audience, by imprinting their logo on it. Each umbrella can get the print of your logo, tag line, design or artwork on them. You can get your personalised folding umbrellas which can be fitted in your purse as well. There are also automatic umbrellas which can be open/close easily. Apart from all these advantages, one of the major reason for it’s increased popularity is its cost-effectiveness. There are several umbrellas which are printed and shipped inside the USA.